Choose your own destiny

Radiance is a fragrance by Britney Spears and Elizabeth Arden. It was released in September 2010.

The top notes of "Radiance" are wild berries and soft, dewy petals, mixed with tuberose, jasmine, orange blossom and iris.

With the tagline "Choose your own destiny," the fragrance is available as 50 and 100 ml EDP.

"Radiance" was also promoted in Britney's music videos for "Hold It Against Me" and "Criminal."

Britney first revealed on her Twitter account that she was launching her ninth fragrance titled "Radiance" after tweeting an advertisement of it, saying:

"Just got the imaging for my new fragrance Radiance and thought I’d share it with all my tweethearts."

Later, she revealed on a press release her personal thoughts about the fragrance, saying:

"I love the feminine scent of my new perfume Radiance. It has the power to make any woman feel beautiful."

"Aloha! Here's my new commercial for Radiance...do you like? -Brit."

Later, the dress Britney worn on the commercial was donated to raise funds for The Matthew Van Daff Special Needs Trust.

The fragrance was also shown on her music video for "Hold It Against Me."

According to online store Fragantica, the perfume "is a feminine blend of red berries, delicate flower petals and soft musk, packed in a bold and girly, light blue and pink bottle, decorated with fake rhinestones."

The fragrance was co-created with cosmetic company Elizabeth Arden, who described the product as "Luscious berries and dewy petals unfold to reveal a radiant heart of luminous pure white flowers, lit from within by the glow of precious amber, woods and sexy musk."

"Radiance" is available as 50 and 100 ml EDP while a gift set featuring a Body Soufflé was also released.

In 2011, "Radiance" was re-issued in a new fragrance titled "Cosmic Radiance."

In March 2011, company Brand Sense filed a lawsuit against Britney and Elizabeth Arden seeking $10 million in damages, claiming that she and her father Jamie Spears allegedly stopped paying their thirty-five percent commission that was agreed as part of the contract terms.

The lawsuit stated that:

"Britney secretly made a separate deal with Elizabeth Arden in a sneaky underhanded effort to circumvent and evade its obligations to Brand Sense ... Brand Sense had a contractual right to a 35% commission on any Britney Spears-branded fragrance sold by Elizabeth Arden. But Mr. Spears complained that the commission was too high and said that Britney did not want to pay it."

In July 2011, a Los Angeles judge denied the request by the company lawyers, claiming the fact that Britney is still under conservatorship.

Brand Sense, however, stated that they would appeal the decision, saying that Britney "currently has the mental, emotional and physical capacity to endure the strain of a months-long international concert tour, make numerous public appearances, engage in interviews with the media, participate in numerous promotional campaigns for her various business enterprises, and maintain custody of her children."

The commercial was released in August 2011. It opens with Spears boycotting a movie premiere, walking down the streets and visiting a fortune teller. She asks her would she like her to tell her her future. Spears declines and says "I choose my own destiny", before leaving. 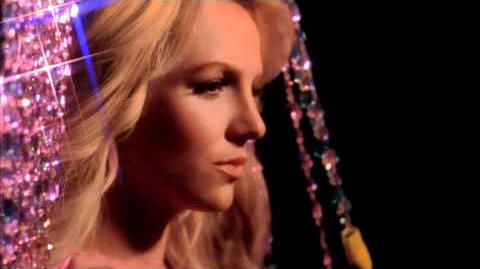 Retrieved from "https://britneyspears.fandom.com/wiki/Radiance?oldid=33526"
Community content is available under CC-BY-SA unless otherwise noted.