Britney Spears Wiki
Register
Don't have an account?
Sign In
Advertisement
in: Studio albums, Discography, Albums, Oops!... I Did It Again

Singles from Oops!... I Did It Again

Oops!...I Did It Again is the second studio album by American pop singer Britney Spears. The album was released on May 3, 2000 by Jive Records. The album became a commercial success after debuting at top position on the U.S. Billboard 200 selling over 1,319,193 units during its first week. The album also reached number one in thirteen other countries while peaking inside the top five positions in Australia, Finland, Japan, New Zealand and the United Kingdom. It was also her second album to receive a diamond certification from the Recording Industry Association of America (RIAA)). Additionally, The album has sold over 20 million copies to date making it one of the highest selling albums of all time and Spears' second best selling album after ...Baby One More Time.

The album produced three worldwide hits. Its lead single "Oops!...I Did It Again"; became an international hit reaching number one in Australia, Canada, United Kingdom and Nine other countries while peaking in the top five positions in six other countries. Its second single "Lucky" reached number one in five countries while "Stronger" (Its third single) became the highest selling single of the album in the United States. "Stronger" received a Gold certification in the United States and three other countries. Spears' writing skills are also praised in the album for "Dear Diary".

After vacationing for six days after the completion of the ...Baby One More Time Tour in September of 1999, Britney returned to New York City to begin recording songs for her follow-up album. The majority of the recording took place in November of 1999.

It featured contributions from Max Martin, Eric Foster White, Diane Warren and Babyface. The songs "Oops!...I Did It Again", "Walk On By", "What U See (Is What U Get)" and "Don't Go Knockin' On My Door" were recorded at Martin's Cheiron Studios in the first week of November.

The songs "Stronger" and "Lucky" were recorded, but were finalized (along with the title track) in January of 2000. The song "Where Are You Now" was recorded at Cheiron in November and finished at Battery Studios in January.

"When I did the first album, I had just turned 16. I mean, when I look at the album cover, I'm like, 'Oh, my lordy.' I know this next album's going to be totally different--especially the material. I just got finished recording the first six tracks in Sweden two months ago, and the material is so much more funkier and edgier. And, of course, it's more mature because I've grown as a person too."

By January of 2000, the then-untitled album was halfway to completion. Britney had worked on it primarily in the U.S. and Sweden. She finalized the material in New York City.

Britney was heavily pressured after "...Baby One More Time's" huge commercial success: "It's kind of hard following ten million, I have to say, but after listening to the new material and recording it, I'm really confident with it."

The instrumental track & melody for "Can't Make You Love Me" were recorded in the fall of 1999 in Sweden with Britney recording the vocals in mid-January at Parc Studios in Orlando, Florida.

Diane Warren's song "When Your Eyes Say It" was recorded at Battery Studios New York on Friday, January 28, 2000 which preceded Britney's TRL appearance that day.

Her cover of "(I Can't Get No) Satisfaction" was recorded with Rodney Jerkins at Pacifique Recording Studios in Hollywood, California from February 24–26, 2000 after attending the 42nd Grammy Awards.

During the release of Oops!...I Did It Again, Britney told that "I mean, of course there's some pressure," she says. "But in my opinion, [Oops!] is a lot better than the first album. It's edgier - it has more of an attitude. It's more me, and I think teenagers will relate to it more."

Geoff Mayfield, director of charts at Billboard, adds that the decision to release "Oops!" less than a year and a half after Spears' debut amounts to "very smart timing. My philosophy is, when you have a young fan base, get 'em while they're hot." 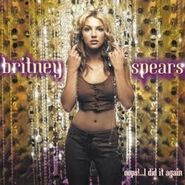 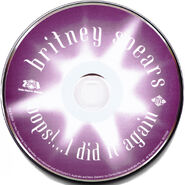 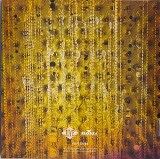 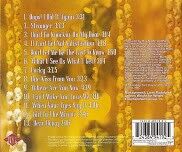 Back cover/Tracklisting. Depending on what territory the album was released, the tracklisting may vary. 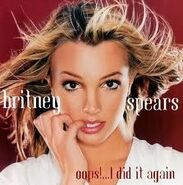 The Deluxe Edition of Oops!... I Did It Again 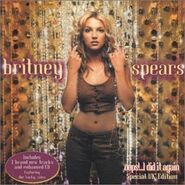 The Oops!... I Did It Again Special UK Edition 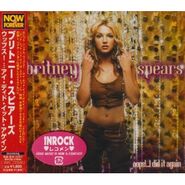 Oops!... I Did It Again Japanese Cover 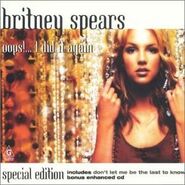 The Oops!... I Did It Again Special Edition 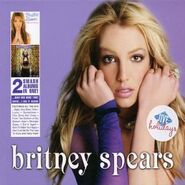 ...Baby One More Time/Oops!... I Did It Again CD of The 2 Original Albums
Community content is available under CC-BY-SA unless otherwise noted.
Advertisement