Glory is the ninth studio album by American recording artist Britney Spears. It was released on August 26, 2016. The album's release was made apparent by Spears on August 3, 2016, when Spears tweeted, "My new album & the beginning of a new era. Available 8/26 on @AppleMusic". Glory became availble for pre-order on that same night through iTunes and Google Play.

A first re-issue of the album was released on November 11, 2016 due to release second single featuring Tinashe.

A second re-release of the album was released on May 29, 2020, after a #JusticeForGlory hashtag got the album back to the top of the iTunes pop chart. The re-release featured a new promotional single, "Mood Ring (By Demand)," which had previousy only been available as a bonus track for the Japanese edition of Glory. The "By Demand" in parenthesis was added to the song title to acknowledge her fans' work.[1] Based on standard edition. Deluxe edition didn't get changed.

The third and final re-release of the album was released on December 4, 2020, on her birthday, after Britney had just won a judgment, where her sister and her farther had lost their control of her conservatorship. The re-release features a new single, "Swimming in the Stars", and new song, "Matches" featuring the Backstreet boys, and two remix of Mood Rind (By Demand). Based on Deluxe edition.

Second and third re-issues was Britney's idea to say "Thank you for support" to her fans. Third re-issue ignores changes of first one.

The lead single, "Make Me..." was released on July 14, 2016 at midnight and premiered on B97 New Orleans radio. The news of the single's release occured only a few hours before, with B97 announcing that it would be playing the new single later that night. Spears announced the single only when it was fully released through her Twitter account, and it soon went #1 on the iTunes US charts.

The album's second single, a new version of "Slumber Party" was released on November 18, 2016. It featured the singer Tinashe. An accompanying music video was released on the same day.

The album's third single, "Mood Ring (By Demand)" was released worldwide on May 29, 2020 (September 14, 2016 as Japanese Bonus Track), as a surprise for fans. Spears says she decided to finally put out "Mood Ring (By Demand)" as a gift to fans after a #JusticeForGlory hashtag got the album back to the top of the iTunes pop chart. The "By Demand" in parenthesis was added to the song title to acknowledge her fans’ work. It is the first music release from Spears in four years.[2] But his status was controversial before July 10, 2020, when it got send to Italy Contemporary hit radio, after that it's status has confirmed. It's second single after "It Should Be Easy" with this situation.

The album's fourth single, "Swimming in the Stars" was released on December 2, 2020. Pre-order was available on November 11, 2020, through Urban Outfitters.

The last single, Matches, was released on December 18, 2020 after a 20 year waited request from fans for a Backstreet Boys and Britney Spears collaboration.

The first promotional single, "Private Show", was released on August 4, 2016 as an instant download for anyone who pre-orders the album.

The third single and last promotional single, "Do You Wanna Come Over?", was released on August 18, 2016.

On September 9, 2014, during an interview with Extra at The Intimate Britney Spears Collection launch in New York City, Spears revealed she had slowly but steadily started working on a new album. When asked who she would like to collaborate with, Spears said she would like to do something with Katy Perry or Iggy Azalea. Rumors began to circulate that a collaboration between the two artists was already in the works, with Azalea saying she had done a "secret collaboration" with someone she had been interested in.

In December 2014, Azalea told Kiss 108 backstage at their Jingle Ball Tour 2014 that their collaborative song would premiere in 2015, "We have a song, which is going to be her first single, coming out next year." Asked how the collaboration came about, Azalea added, "She said she would like to work with me in an interview and they reached out. We recorded a few different things and then one of those just ended up being, I think, undeniably great. Hopefully I think everybody will get to hear it at the beginning of next year." In February 2015, Azalea tweeted there were "epic" ongoing plans for the song. For Spears's Billboard magazine cover story, published online on March 12, 2015, it was reported that despite Spears being back in the recording studio as back as in September 2014 working on a duet with Azalea, among other tracks, a proper full-length album would not be coming soon. Spears further explained, "I'm gonna do [a new album] slowly but surely. I'm gonna try to do my best to do an amazing album, but it's not my full priority right now". Azalea confirmed the title of the track the following week. Afterwards, in Spears's cover story with People magazine, it was announced that "Pretty Girls", the lead single, would be released on May 5.

A few months ago, Britney Spears tweeted a cryptic message that has many wondering whether her long-awaited ninth studio album will come soon, stating "JUST finished recording some Vox. LOVE this song. It makes ME smile, and I hope it will make you smile too... #B9". Britney using the hashtag #B9 is MAJOR, since it was created by the Britney Army and, until now, hasn’t been acknowledged by team Britney. The fact that she’s using it means she’s preparing to release the album, or at very least, a new single.

On April 11, 2016, Britney released exclusive news that she will shoot the video for her new single, Make Me on the next Monday, and both will be released four weeks later when editing is completed. She says “The concept for the video is all set. A source close to Spears says "The single and the video will thrill fans because it’s all new, totally different and somewhat unexpected. It’s different; it’s a turn. She's gone from pretty straight-forward pop to a really interesting vibe with a lot of really cool stuff."

If all goes as planned, Britney’s new ninth studio album will follow one month after the single’s release. Britney has said: “I just know that the direction I’m going in is so good. It’s the best thing I’ve done in a long time.

Britney has also scrapped "Pretty Girls" as the lead single of the album, and left it as a summer standalone single.

The lead single, "Make Me..." was released on July 14, 2016 at midnight and premiered on B97 New Orleans radio. The news of the single's release was only a few hours before, with B97 announcing it would be playing the new single tonight. Spears announced the single only when it was fully released through her Twitter account, and it soon went #1 on the iTunes US charts.

On August 3, 2016, Britney announced the release date of her album through Twitter, saying "My new album & the beginning of a new era. Available 8/26 on @AppleMusic". Pre-order became available the same night, and as an instant thank-you for pre-ordering, fans received Spears's new promotional single, Private Show.

The album was released on August 26, 2016. The Japanese edition was released on September 14, 2016, featuring the previously unheard song "Mood Ring," which was released four years later as the third official worldwide single from the album.

On November 11, 2020 Swimming in the Stars - new single avalible to pre-order in Urban Outfitters. It was released on December 4, 2020

"Underlined" songs can be found on the internet. 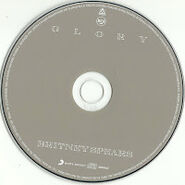 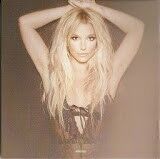 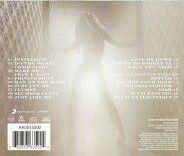 Glory received generally positive reviews from critics. At Metacritic, which assigns a normalized rating out of 100 to reviews from mainstream critics, the album received an average score of 71, which indicates "generally positive reviews", based on 14 reviews. Sal Cinquemani from Slant Magazine rated the album 3.5 out of 5 stars, and called the album's sound "daring and mature", but criticized "Private Show", calling it "the album's only bona-fide misfire." In a positive review, Maura Johnston from The Boston Globe described the album as one with "an unbridled energy" that "operates on its own terms." Neil McCormick from The Daily Telegraph praised the production on the album, and noted that "every track sounds like a single". In a mixed review of the album, Jon Parales from The New York Times claimed that the album was "one-dimensional", but noted her as sounding like she "has emphatically returned to the foreground." Mesfin Fekadu from Associated Press noted Spears "has taken note and jumped on the bandwagon [of R&B]" but claimed that the songs were not "authentically Britney." In contrast, Nolan Feeney from Entertainment Weekly characterized the songs on the album as sounding "like glimpses of the real Britney—her musical tastes, her voice—imperfections and all."