Curious: In Control
Fantasy is Britney Spears' second fragrance by her & Elizabeth Arden.

It was released on September 15, 2005 & made over $30 million in sales in the first three months of its launch.

It is initially fruity smelling, then very sweet which shows the promised smells of cupcake and white chocolate with a very light floral smell.

The Fuchsia bottle is famous for featuring real Swarovski crystals embedded into the glass and the plastic collar.

In 2008, the collar began being produced without the Swarovski Crystals.

The believed reasoning behind this is because the glue of the crystal top would melt in higher temperatures which many buyers realized a considerable time after purchase.

The television commercial for "Fantasy" was shot in Los Angeles and was directed by Bille Woodruff. It stars actor–model Nick Steele as the hunter.

The video opens with Spears in an enchanted forest, surrounded by fireflies. She then says in a voice-over: "Once upon a time, there was a goddess, and a hunter. She was beautiful, and he couldn't help himself. There wasn't a single part of her he didn't wanna touch. But she was leaving soon, on a Godess World Tour. So he did something kind of...crazy. And they lived happily ever after." During the voice-over, Spears is shown being chased by the Hunter. He then shoots her with a "magic love arrow" which makes her fall in love with him. Brief footage of Spears perfoming and a tree carving with the words "Britney + Kevin" are also shown. Two versions of the commercial exist: one features the song "Breathe on Me" is heard playing in the background, while the other one features a song on a piano. 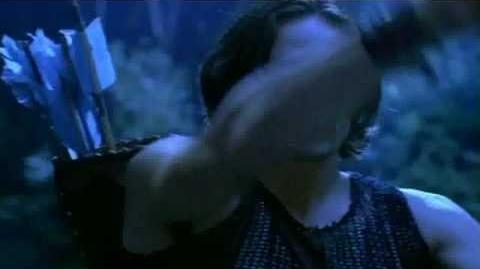 In 2011, Spears's estate, including Lou Taylor and TriStar, was sued by Brand Sense Partners, a licensing firm, over claims that the singer's estate breached its contract in a deal with fragrance company Elizabeth Arden, Inc. 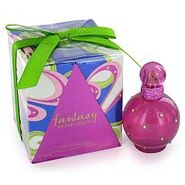 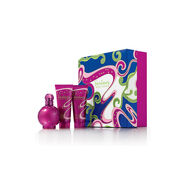 The Beauty Set of Fantasy

The Poster of Fantasy 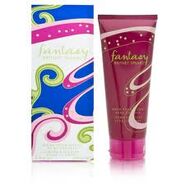 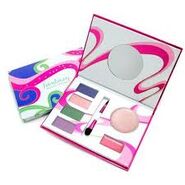 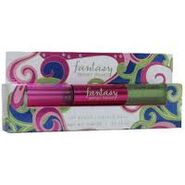 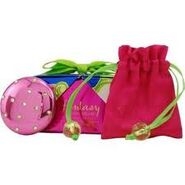 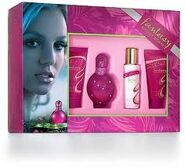